Czech Republic: The nonpayment of wages, working without a job contract, social isolation – this is the reality of EU citizens working in the Czech Republic. How to face it?

On Monday, 20th of June, at the premises of the Ministry of Labour and Social Affairs, the Multicultural Center Prague presented a set of recommendations on how to tackle the systemic violation of employee rights of EU citizens in the Czech Republic.

Under the auspices of the Czech Minister of Labour and Social Affairs, Michaela Marksová, a seminar was held. The presented policy paper gave a foundation for the discussion of three pressing shortcomings of Czech labour-law relations: i) the weak role of labour inspectorates, ii) the overuse of various forms of indirect employment and iii) a lack of awareness of foreign employees who come from EU member states. At the Czech labour market, these employees should enjoy equal conditions to those which Czech employees encounter. 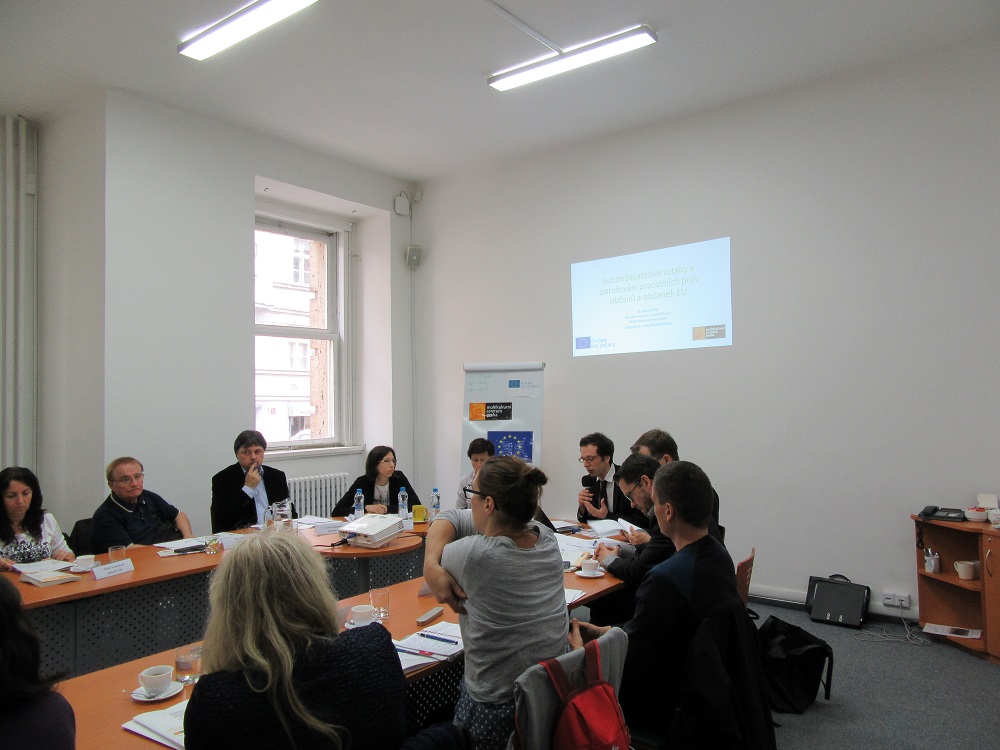 ”Mobile workers often  face a lack of awareness concerning their own rights, and a lack of language knowledge. The employers make use of this, unlawfully. Labour law enforcement must be strengthened,“ said the director of the Multucultural Center Prague, Marek Čaněk, Ph.D.

The presented policy paper is based on the cooperation of the Multucultural Center, the Office of the Public Defender of Rights (Ombudsman) and the Diaconia of the Evangelical Church of Czech Brethern. The paper is based on a contextual as well as legal analysis of specific cases of various groups of employees from EU member states, who worked in the Czech Republic via a system of several levels of sub-suppliers and who had repeatedly faced serious violations of their rights. A Romanian welder, who had spent several months working at a factory in northern Moravia, for which he only received the so-called advanced payments (i.e. a percentage of the regular wages), made a suggestion: “the law should be improved so that one would work directly under the relevant company. One is otherwise very confused; whose hands in the whole structure are connected to him? And it is difficult to get a clue who is who“.

In the course of the event, which was attended by  representatives of the Ministry of Labour and Social Affairs, non-governmental organizations working with migrants, trade unions, the State Labour Inspection Office and by representatives of research institutions, there was a consensus as to the fact that the cases of mobile EU workers point to issues which are faced by Czech employees on a regular basis, too. “The current system is based on the fact that it is up to a court to decide over the individual demands of employees. However, the possible length of a court proceeding, the necessity to pay court fees, and the possible necessity to file another proceeding to enforce the demands which were acknowledged can be deterring for the potential claimant,“ attorney Jaroslav Stádník, the head of the department of appeals and administrative activities in the field of employment at the Ministry of Labour and Social Affairs, said at the seminar. 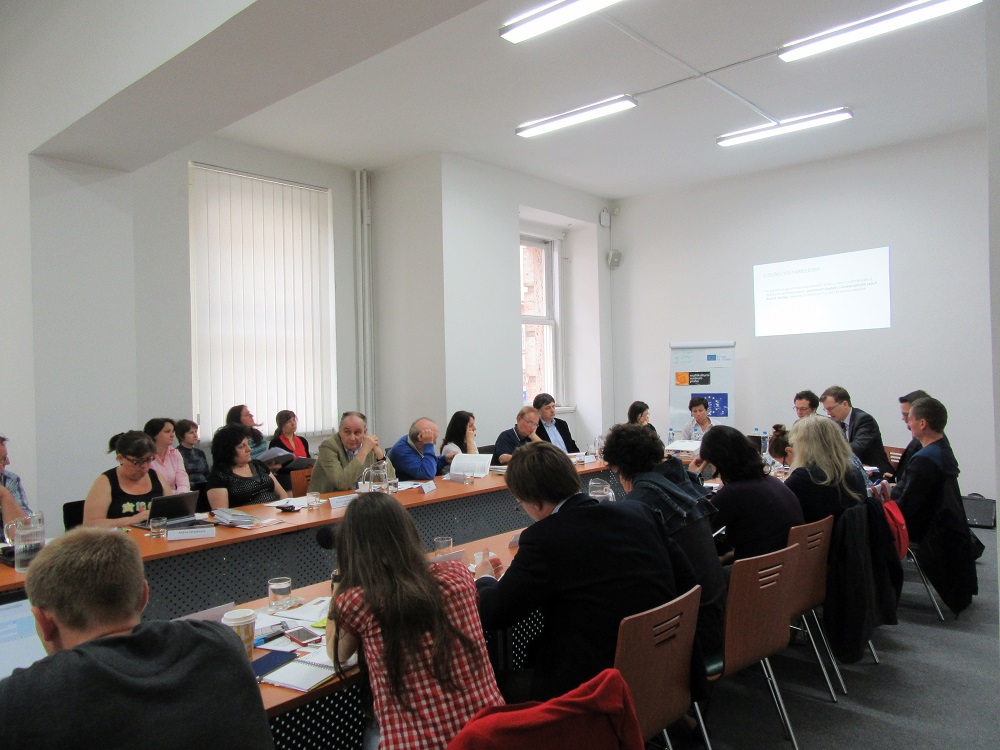 A very important issue which was discussed throughout a major part of the event, is the role of labour inspection and especially ways to strengthen it. Most frequently, people contact labour inspectorates in connection with the nonpayment of wages. However, at the moment, the labour inspectorates do not have the tools to provide them with an efficient defense and to make sure the damaged party, i.e. the employee, receives compensation. “The nonpayment of wages is our daily bread. Nevertheless, according to legislation, in the case of an administrative proceeding, it is only possible to file a fine; there is no way to make the employer pay the outstanding wages,“ said the representative of the State Labour Inspection Office, Jana Bělíková.

For these reasons, the authors of the policy paper suggest launching an action which would lead to removing the issue from the sphere of private law. The thing is, the question of wage payment and the connected contributions to social insurance is directly related to government income, and thus it can be called an issue of public interest: to prevent the issues of nonpayment of wages as efficiently as possible.

The event was held as part of the “Testing  European Citizenship as ‘labour citizenship’: the perspective of labour rights violation” project (LABCIT), co-funded by the Europe for Citizens Programme of the European Union. One of its aims is to describe the development of the concept of EU citizenship in connection with work mobility and to find out which types of labour rights violations are faced by the citizens of the EU at work. The project is based on the cooperation of 12 organizations from 11 European countries.  A more thorough investigation of the cases of labour law violations has taken place, besides the Czech Republic, also in Germany, Italy, Romania and Lithuania. Partners in individual countries have documented the most frequent illegal practices and some of the most alarming cases in detailed reports.

Czech Republic: Workshop on Class and nationalism in Central Europe and Beyond 30. 8. 16