Romania: New Labour Rights Violations After the EU Adhesion – from Bogus Self Employment to Severe Exploitation 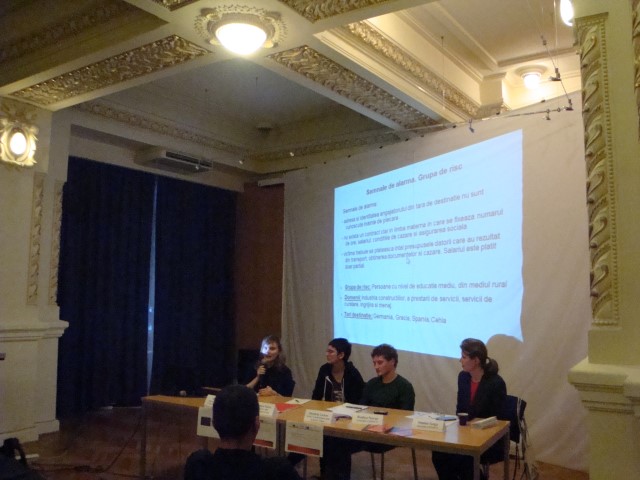 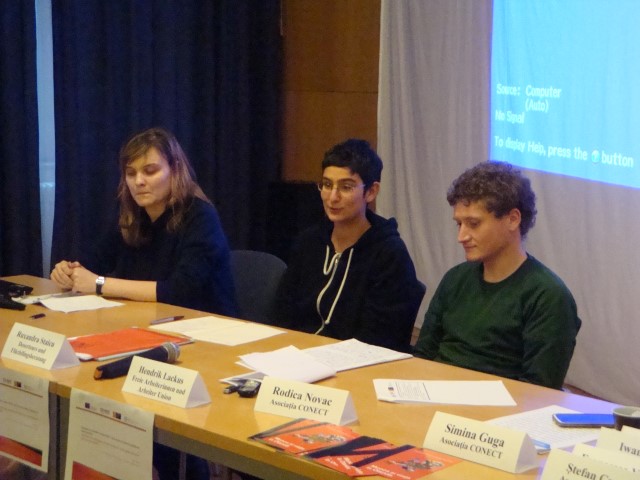 The event benefited from the participation of over 30 guests, from Romania, Germany, Italy, Austria, Holland and France, among which were representatives of: 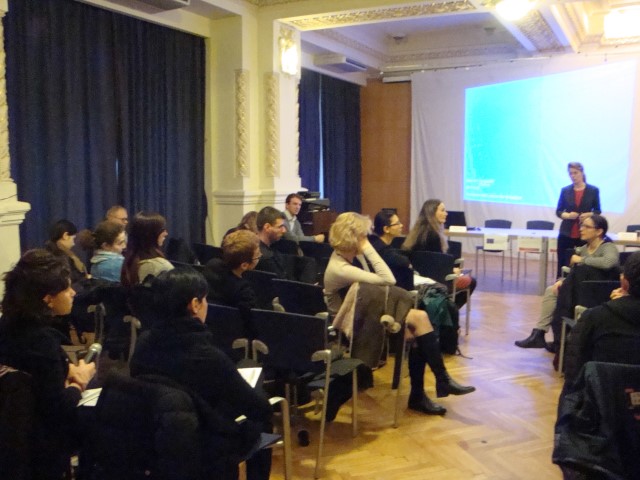 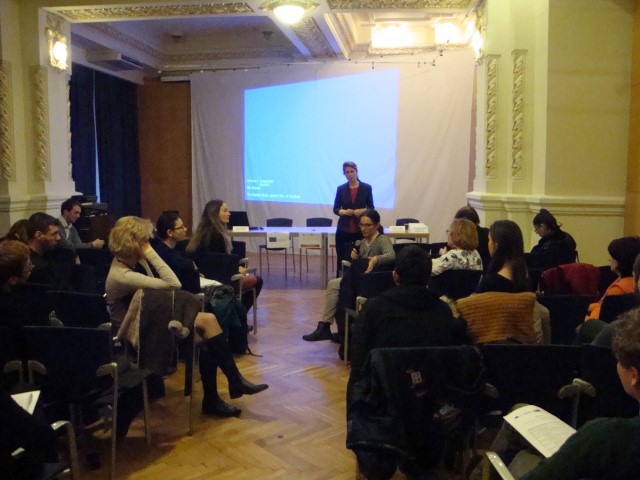 During the hearing we have focused particularly on the following issues:

The debate emphasized the different migration paths to certain destination countries where Romanian migrants have been established for a long period of time, opting for more stable jobs as well as for family reunification (Italy) in comparison to newer destinations (Germany, Austria) where Romanian migrant workers are searching for temporary or seasonal work opportunities. Although knowing the language and being accustomed to the country’s labor market is definitely an advantage in preventing abuse, there are sectors of the economy (ex: domestic care, agriculture) where migrants often work overtime, without work contracts and with very little interaction with the local community.  As an example, Francesca Vianello from the University of Padova presented the case of the Italian labor market, with a special focus on the situation of Romanian workers before and after the economic crisis.

Different participants, representing the academia, the civil society and the trade unions stressed the fact that bureaucracy and the limited resources of responsible institutions (ex: NGOs, trade unions) are a barrier for the migrant workers who want to seek justice by denouncing the employers’ abusive practices and demanding compensation. Although some receive training about their rights, migrant workers often lack the practical means for accessing them. The bureaucratic and lengthy procedures as well as the lack of financial means, force the migrant workers into seeking new job opportunities and giving up potential charges or compensatory claims. Hendrik Lackus from FAU Berlin gave a presentation on the union’s actions in supporting the migrant construction workers – through providing them with basic logistics (accommodation, donations for food, etc.), offering support with organizing and gaining visibility while denouncing the abuse, offering legal support in order to press charges against the employers/subcontractors, keeping in constant contact with the workers even after they left the country, etc. During the debates it was agreed that supporting abused migrant workers involves a great number of human and material resources that most NGOs and unions do not have.

The topic gave rise to heated discussions between representatives of trade unions and the labour inspection in particular.  It was concluded that new regulations and mechanisms of control should be enforced, especially in some sectors of the economy where workers are generally isolated by being accommodated on the premises of the work place. The labour inspectors have confirmed that while performing checks, they encountered cases of workers running away from the work place, or when the number of work contracts was much lower than the estimated number needed for a certain business. However, the only measure they could take was that of performing further checks. The representative of FAU Berlin gave the example of the Mall of Berlin, where the total number of people employed as construction workers was around 35, much less than estimated for building such an infrastructure project.
The labour inspectors also mentioned that they encounter difficulties in proving their assumptions regarding the number of working hours (ex: in cases of businesses with an underestimated number of employees or in case most employees in a company have part-time contracts), the working conditions, etc. in the absence of any official testimonies or complains from the workers.
A trade union representative stressed the fact that institutional responsibilities are not clearly drawn and the responsible institutions are not coordinating their efforts in investigating cases of abuse or the activity of recruitment agencies.

One of the main issues that have been debated during the hearing was related to the activity of subcontractors and the lack of responsibility that the main investors have in relation to the companies they are subcontracting. The Mall of Berlin represents a good illustration of such a case because, even if the workers won the trials against the subcontractors, they have to take further steps in order to seek compensations because the subcontracting companies declared bankruptcy and disappeared. During the debates the following conclusions were drawn: the investors should be made directly responsible for the activity of their subcontractors, the trials against the subcontractors should be collective (in cases of groups of workers that have been in the same situation), abusive employers should receive higher sanctions (sometimes the sanctions they receive are less than the due compensations for the workers) and should be subjected to thorough future checks, in certain sectors of the economy or for certain professions, self-employment should be forbidden (ex. construction, etc.).

The debates picked on the limited role and involvement on the part of the public institutions and the need for a better cooperation on a national and international level. The role of the diplomatic missions was also stressed because they are most often the only connection between migrant workers and the host society. The trade unions in Romania were described as rather passive, most often being interested only in representing their members with collective contracts, leaving aside more problematic cases of isolated individuals and migrant workers.

Stefan Coman from eLiberare presented the cases of human trafficking for work, by describing the mechanisms and providing a better understanding of the borders that transform an exploitation case into a human trafficking case. In addition, he offered an insight into the steps that have been taken so far from a legal point of view as well as the support mechanisms that the victims can have access to. 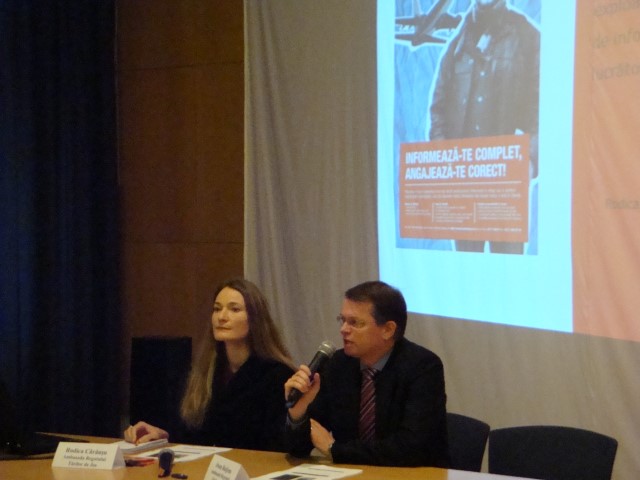 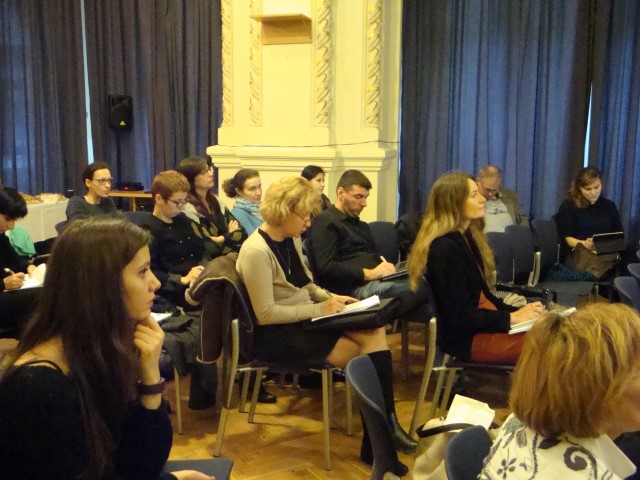 Results:
As part of the Hearing II, we have strengthened connections with representatives of different public and private bodies with a particular interest or with specific attributions in the field of labor migration. All the participants were involved in debates that tackled issues mentioned in the presentations and addressed questions to the main speakers. Although the public institutions were not on the agenda, they were very active in the debate section. As a conclusion of this hearing, we have decided to organize further debates, in smaller groups (working groups), in order to offer more attention to some issues and to come up with recommendations that would be feasible from the point of view of their implementation. 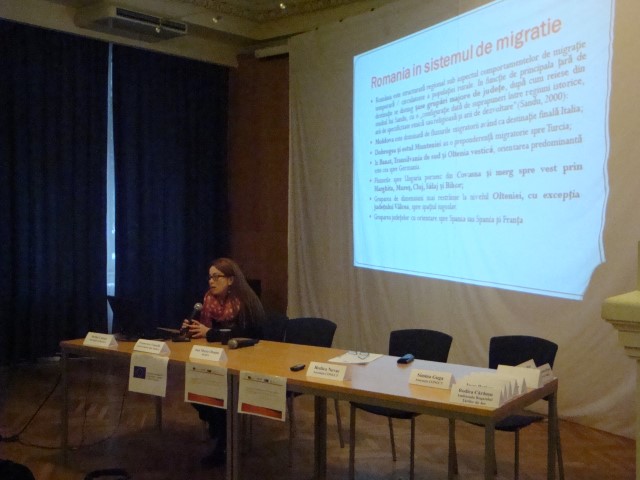 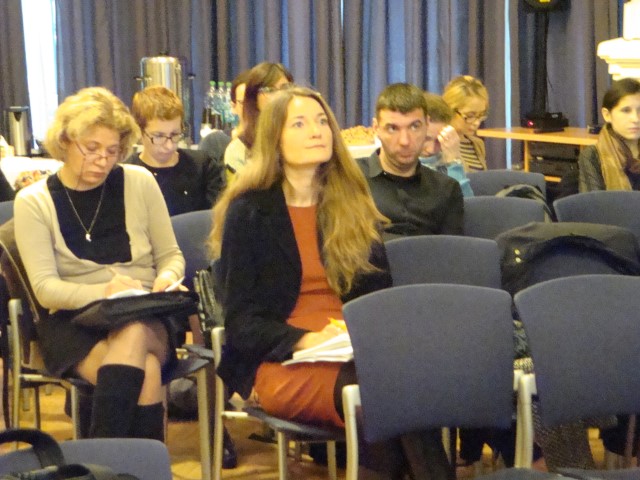 The information on this web page reflects only the authors’ views. The Education, audiovisual and Culture Executive Agency and the European Commission are neither responsible nor liable for any use that may be made of the information contained on this web page.
Zdroj: migrationonline.cz
Téma: Labour Migration
Země: Romania
Projekt: Testing EU citizenship as "labour citizenship"from cases of labour rights violations to a strengthened labour-rights regime