How do we better enforce migrant workers’ labour rights? Labour inspectorates must work together, experts agreed

Working six days per week, twelve hours per day, lack of possibilities to negotiate even an unpaid leave or lacking health and social insurance. These are the working conditions faced by some migrant workers in the European Union. Even in the Czech Republic, the labour market has been undergoing restructuralization towards expansion of precarious work mainly due to the pressure on high flexibility and decrease in staff costs. For example, the use of agency employment has been increasing, and full-time jobs are being replaced with insecure and poorly-valued jobs that do not comply with laws on occupational health and safety. Labour rights enforcement among posted workers and other migrant workers was among the main themes discussed by experts from all over Europe during a conference co-organized by the Multicultural Center Prague.

"The posting of workers is an increasing phenomenon and it is likely to extend. It is not a problem we can ignore," says Marek Čaněk, a former long-time director of the Multicultural Center in Prague and an expert on labour migration. In particular, the misuse of this instrument, which otherwise allows an employer to temporarily post workers to perform duties in another EU Member State, is connected with a number of problems and violations of labour rights.

The conference, which took place within PROMO project – "Protecting Mobility through Improving Labour Rights Enforcement in Europe" and STRONGLAB project – "Towards a stronger transnational labour enforcement cooperation on labour migration", brought together experts from many European countries, including representatives of the International Labour Organisation or representatives of the Cardiff University, University of Jyväskylä or University of Padua. In addition to the representatives of the Ministry of Labour and Social Affairs and the non-profit sector in the Czech Republic, the employees of the Czech Labour Inspectorate also provided the audience with their insight into the situation. 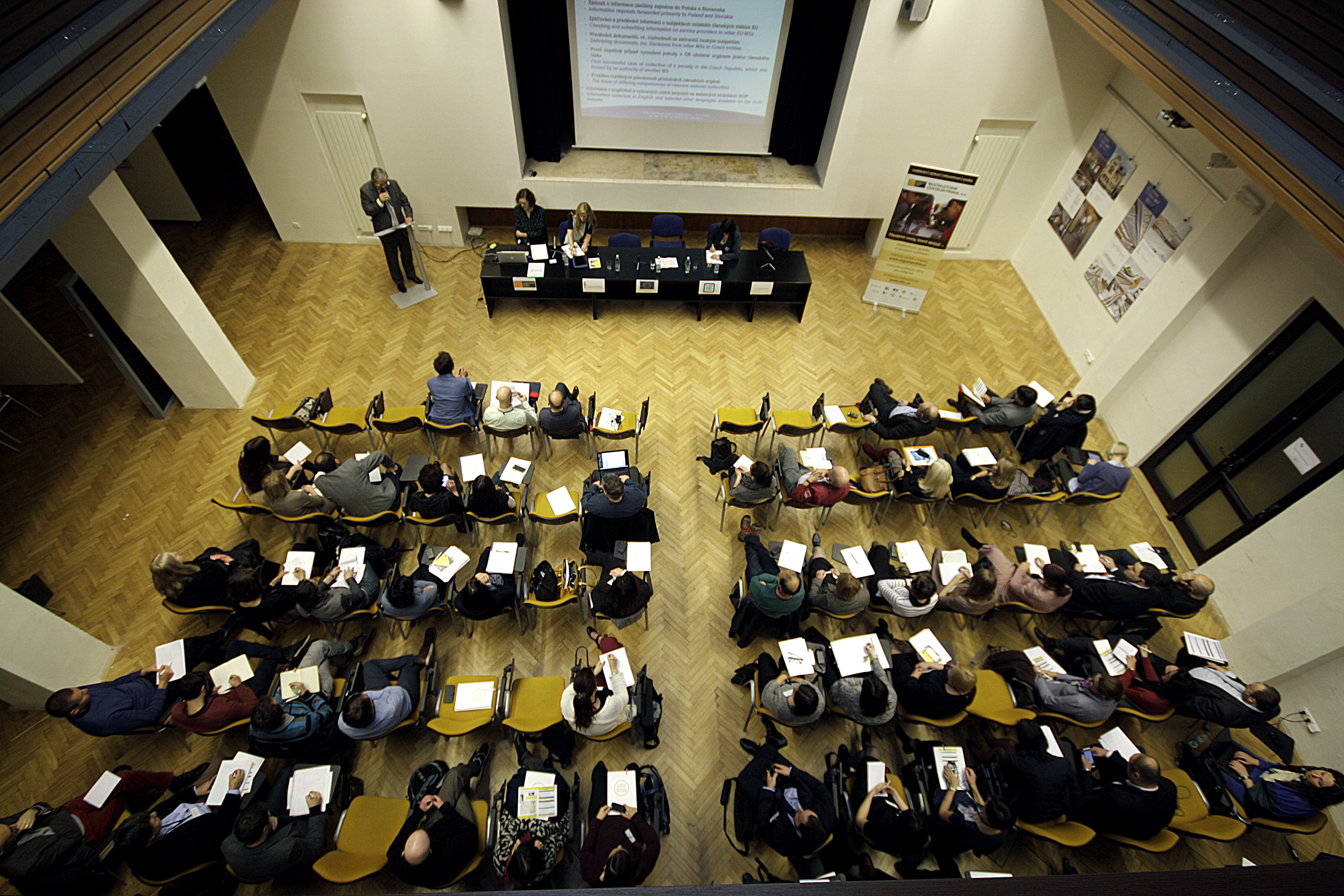 To the Czech Republic with Polish visa

According to the Czech Chief Labour Inspector Rudolf Hahn, the protection of posted workers’ labour rights is very problematic. Over the past five years, the Inspectorate has carried out more than 115,000 inspections of illegal employment and has detected more than 17,000 illegal workers.

From 2016 onwards, the number of cases when workers are sent by their employers to carry out a service to another EU Member State is increasing. "Nevertheless, it's often just an attempt to disguise hiring of migrant workers," says Hahn. For example, in practice a Ukrainian worker is sent to the Czech Republic by an agency, but holds only a Polish visa. The reason for this is very simple; the Polish visa is significantly cheaper than the Czech one. For inspectors, however, it can be very difficult to ensure accountability in cases of labour violations including work injuries. When checking contracts, they often find that the contracting company runs only on a mailbox; thus it is basically a fake company.

Problems: Authorities are not cooperating and workers are afraid

According to the experts, there are particularly two problems related to the posting of workers and generally cross-border mobility of workers: first low enforcement of labour rights due to insufficient cooperation between national institutions and second lack of information and fear of dismissal or deportation among migrant workers. The first problem could be possibly addressed by the establishment of the so-called European Labour Authority, which would allow for cooperation of labour inspectorates and other institutions. The need for such an institution was also advocated for in Jean Claude Juncker's annual statement on the State of the Union.

The second problem does not have a clear solution – it is logical that people in an extremely vulnerable situation are often silent and do not complain for fear of losing a single vital income, among other reasons. Workers often try to address these problems by turning to their acquaintances or family since they do not trust the institutions of the state where they work. In order to improve their situation, it is necessary to establish and deepen cooperation between different institutions of different thematic focus, both governmental and non-governmental, and in a local as well as cross-border context.

The conference was also funded by the Visegrad Fund and by the Ministry of Foreign Affairs of the Kingdom of the Netherlands.